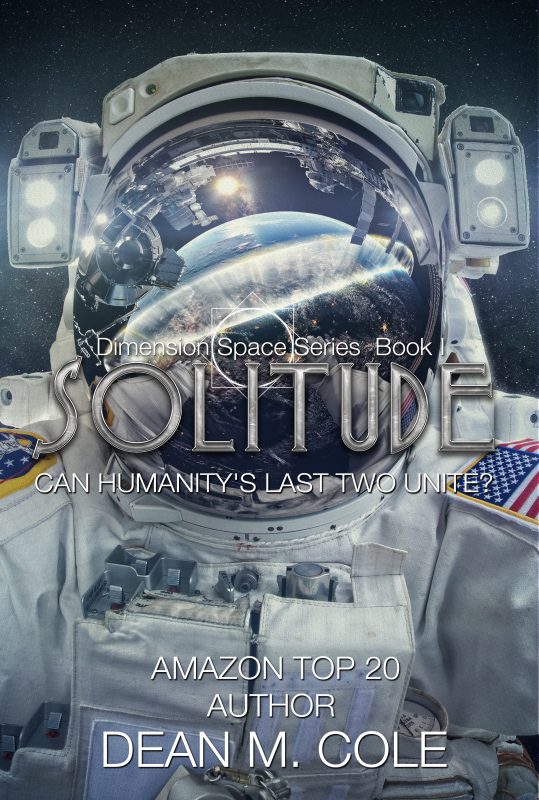 The Martian meets Gravity when Earth's last man, Army Captain Vaughn Singleton, discovers that the last woman is stranded alone aboard the International Space Station. Commander Angela Brown could reverse the event that swept humanity from Earth's surface … if only she could get there. If you like action-packed, page-turning novels, you'll love the electrifying action in this award-winning, apocalyptic thriller.

The Martian meets Gravity when Earth’s last man, Army Captain Vaughn Singleton, discovers that the last woman is stranded alone aboard the International Space Station. Commander Angela Brown could reverse the event that swept humanity from Earth’s surface … if only she could get there. If you like action-packed, page-turning novels, you’ll love the electrifying action in this award-winning, apocalyptic thriller.

Separated by the gulf of space, the last man and woman of the human race struggle against astronomical odds to survive and unite.

Army Aviator Vaughn Singleton is a highly intelligent, lazy man. After a last-ditch effort to reignite his failing military career ends horribly, Vaughn becomes the only human left on Earth.

Stranded alone on the International Space Station, Commander Angela Brown watches an odd wave of light sweep across the planet. Over the next weeks and then months, Angela struggles to contact someone on the surface, but as she fights to survive aboard a deteriorating space station, the commander glimpses the dark underpinnings of humanity’s demise.

After months alone, Vaughn discovers there is another. Racing against time, he must cross a land ravaged by the consequences of humankind’s sudden departure.

Can Vaughn find a path to space and back? Can Angela—the only person with clues to the mystery behind humanity’s disappearance—survive until he does?

What Your Favorite Authors are Saying About Dimension Space

“Like ‘The Martian’ on (and above) Earth. An epic survival story with very human characters, clever problem-solving and a gripping mystery. The end left me with NO IDEA where Dean was going with the story, I couldn’t wait for the next book.”

“R.C. Bray and Julia Whelan are individually stellar. Having them co-voice Dean M. Cole’s superb Dimension Space Series is a stroke of genius. Rich with elements of every genre, Solitude is an outstanding listen.”

Scroll up and grab your copy today!

Other Books in "Dimension Space"

Amplitude: A Post-Apocalyptic Thriller (Dimension Space Book Three)
Look Inside
Disclosure of Material Connection: Some of the links in the page above are "affiliate links." This means if you click on the link and purchase the item, I will receive an affiliate commission. I am disclosing this in accordance with the Federal Trade Commission's 16 CFR, Part 255: "Guides Concerning the Use of Endorsements and Testimonials in Advertising."