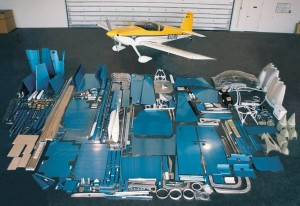 As many of you know, I’ve started a homebuilt kit plane. In order to facilitate the safest and most cost effective build possible, my wonderful girlfriend and copilot Donna and I decided to attend Synergy Air’s Aircraft Building Fundamentals Class. 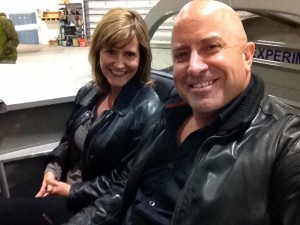 We fit with room to spare! 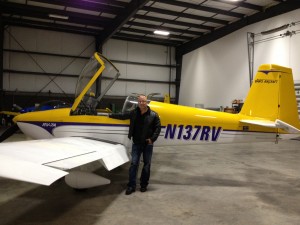 So last week we hopped a plane to Oregon, rented a car in Portland and then worked our way two hours south to lovely Eugene. En route we toured the Van’s Aircraft kit factory, where we got to sit in Van’s iconic RV-7A. It is configured identically to the one we’re building.

We arrived in Eugene late Friday afternoon. Being the world travelers that we are, and having a free evening, we sought a taste of the town’s quirky side. What we found was The David Minor Theater. It was a fun twist on the dinner theater (think Alamo Draft House in your house), and a great idea for a college town. They’ve converted a small building by creating several “living rooms” with couches and armchairs. Each fitted with a wide screen TV and Dolby 5.1/7.1 surround sound. They only show new DVD releases. However, they sell drinks and several of the local restaurants provide a selection of meals. All of which can be ordered via text while still sitting next to your honey. (Now if I could only figure out a way for them to take care of the bathroom breaks for me, I’d never miss a scene.) If you find yourself in the area, I highly recommend the experience. 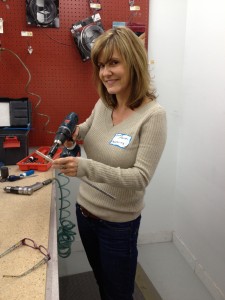 The next morning we headed to Synergy’s hangar at Eugene’s airport. Donna really took to working with sheet metal. She makes quite a “Rosie the Riveter.”

Wally runs a wonderful course that really helps you get past the nervousness. The best part was getting to make mistakes on something that wasn’t going to be your aircraft, and having someone there to tell you why it happened and how to avoid it. During the class we did two small projects. The second was a small airfoil that required many of the skills required to build a sheet metal aircraft.

After the weekend Donna had to return to the grindstone, while I stayed for Synergy Air’s empennage class.

However, before she left, we had a great time wrapping up the weekend in Portland. I’ll blog about that next. 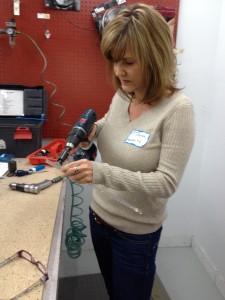 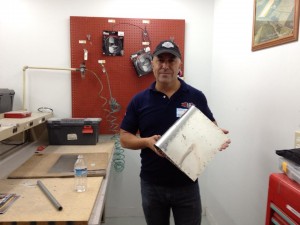 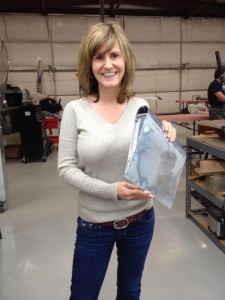